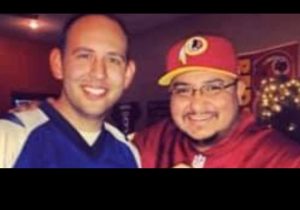 My “frenemy” Jaime Abeytia wanted to set the record straight on what I said on the James Montoya campaign in my last post. Foremost, he wanted to make clear that he did not run James Montoya’s campaign. He also wanted to be sure the one’s that did run the Montoya campaign got the credit they deserved. According to Abeytia, former County Commissioner Vince Perez staffer Jose Landeros was the brains behind that operation, and Montoya’s trial partner Amanda Enriquez was the closest thing they had to a campaign manager. Abeytia says they all work as team and don’t care about titles and do it as volunteers, but if someone did deserve the title of Campaign Manager it would be Amanda Enriquez.

I thought maybe Enriquez’s inkind contributions were including consulting fees, but Abeytia says it was all for paid ads. That’s A LOT of money spent on social media.

Also something very interesting was brought to my attention. And that is apparently expenditures can be counted twice when using a credit card.

So someone please feel free and tell me if my understanding is wrong. But if I buy a sign for $100 with a credit card, then I list that as an expenditure. And then I make a $100 payment from my personal funds for that credit card purchase, and I list that as an expenditure. Now my total expenditures is $200?? That doesn’t seem right. And if it is the proper way to do it, then the requirements on campaign finance reporting needs to be updated by the state legislature.

This means a significant portion of Montoya’s expenditures are fluff. And I don’t mean that as an insult or accusation of wrong doing. It is simply a fact. A significant portion of Montoya’s expenditures were counted twice. I wouldn’t know of any strategical value in trying to fluff up expenditures, so I really don’t see any ethical problem with this report. However, for purposes in analysis, it makes a huge difference to me. Montoya really didn’t spend as much as it is added up on the finance report.

I was surprised to see Rosales in front of Montoya, but knowing Montoya really didn’t have that high amount in expenditures helps make the elections results make more sense. But don’t get me wrong. The Montoya campaign did a fantastic job, especially considering they were up against a Latina with some Name ID. They were actually working with less money than it first appeared.

I thank Mr. Abeytia for taking the time to set the record straight.

Accuracy in reporting is important to me, so please let me know of any errors or omissions on any previous or future posts by contacting me at 915-630-8229.